Last Friday, 13 year 5 children had the amazing opportunity to take part in the very first King Henry VIII's hockey tournament. The boys and girls arrived at the hockey playing fields to be greeted by the coaching staff at King Henry's and were given their own personalised t-shirts! The children started their morning off learning the important key skills of hockey. They braved the windy weather and took part in dribbling, passing, tackling and shooting skills.

After a quick break, the children then split up in to two teams and had the chance to use all their skills they had just learnt in a competitive tournament. For someone that has played hockey for many years, it was a privilege to watch a group of children who, for the first time played with a proper wooden stick, to be as skilled as they were. Some of the links of play were beautiful and they couldn't have worked better as a team. They supported each other's passes, triumphs and most importantly the losses.
Throughout the tournament, Stivichall managed to win 5 out of 7 games and scored 17 goals!! But narrowly missed out getting into the final. The children seemed to love getting into hockey and I hope they carry on playing in the future. 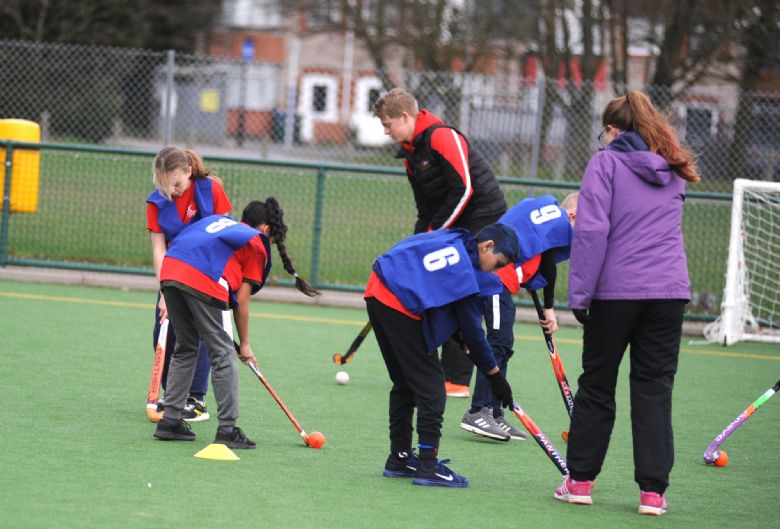 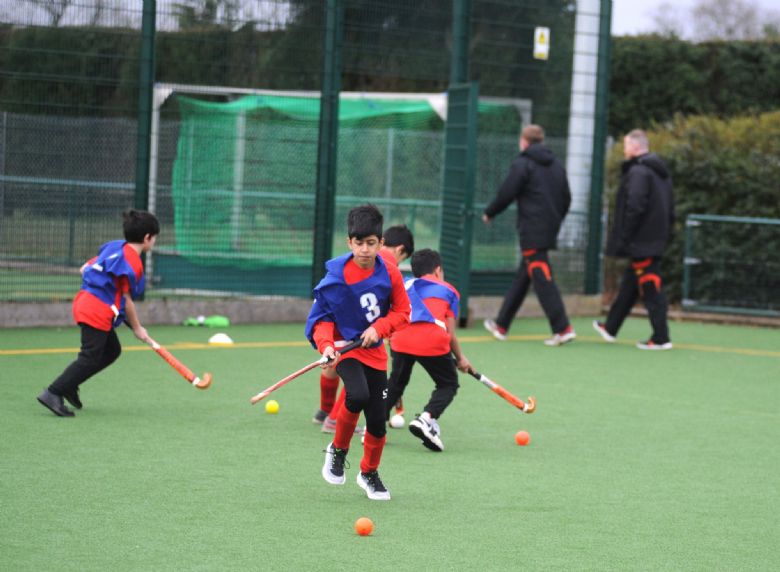 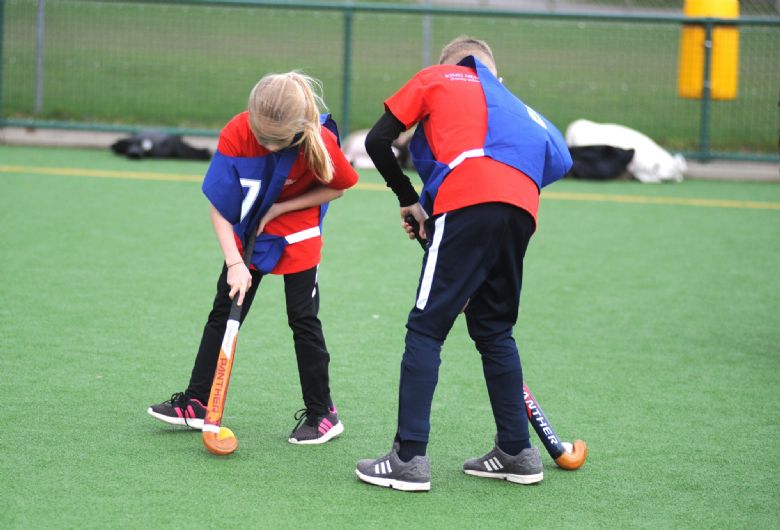 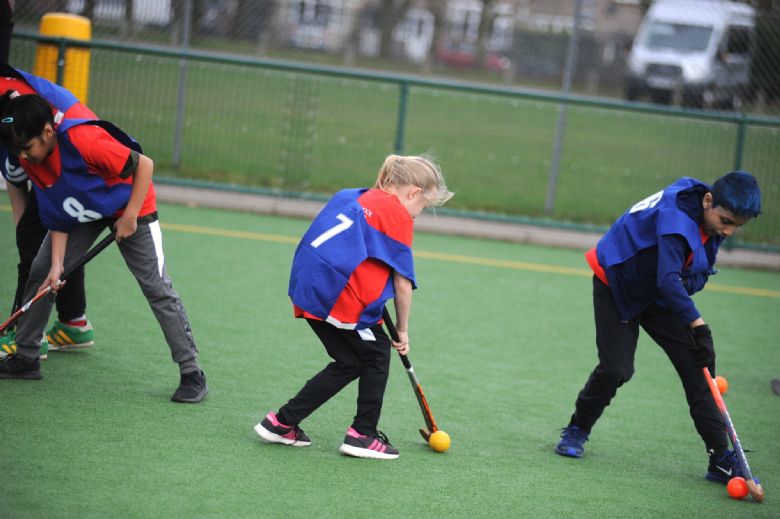